Promise me you won’t look at me any differently after you’ve read these stories?

Almost every person I know has a horror story from their school days about a teacher. If my students kept therapy jars, in general they’d be empty (okay maybe not empty, maybe they’d each have a nickel or two because of all the yo momma jokes I make). I know you all think I’m perfect and I float around my classroom on a cloud with a golden ring hovering over my head, for the most part I do, but there are TWO students in the last five years who I owe a few therapy sessions. In my defense they probably owe me a few too! I’m glad I learned early on to be the adult and apologize.

First, I’m going to tell you about a very unadult thing I did. I once had a student who’s family loved me! (One day I’ll write a post about the difference family involvement makes on the culture of a classroom for now just know that it has saved my booty more than once.) This kid was working my nerve in the form of shooting paper balls into the waste basket. Classic. What’s worse is that after I explicitly told him clearly and closely to stop, he shot it OVER MY HEAD, into the basket, and MISSED. Come on bro, at least make it! I marched over to his book bag, unzipped it, and dumped everything out. Yes, you read that right. I’m sure that immature move was coupled with a dinosaur “rawr” of frustration. Not my brightest moment. What’s worse is that this kid didn’t take that as a “stand down” he took it as a “it’s on” and proceeded to jeer, snarl and tell me I was going to pick up! Y’ALL. Lucky for him, and me, I came-to. I put on my big girl pants walked over to him and not only picked up his belongings but asked him how he would like them placed into his back pack. What a humbling moment because this kid was still challenging me as I was trying to reconcile. I confessed to his mother. I told her not to approach him about it because I had taken care of it, even though I know good and well if I would’ve given her the go-ahead she would’ve teared his butt up despite my childish actions! I found out later this student was going through some personal stuff. Peer pressure, consequences, left the sports team, switched schools. I came-to in that moment because I saw in his eyes as he was snarling at me that something was off. Had I not been the adult in that situation, who knows what chain reaction I would’ve caused. Teaching in high school, I have to remember not to be a high-schooler.

In the Haitian culture adults do not apologize to kids. As American as I am, there’s a tiny thing inside me that dies when I’ve messed up in the classroom because I know I have to admit that I was wrong. Enter in a needy, over eager student. Those two qualities are my LEAST FAVORITE human qualities. Add that with not being able to admit that you’re wrong(ironic, I know) and that person could stay away from me for the rest of my life. I’m teaching, like the teacher that I am, and the concept is not landing. Except for this needy over-eager kid. I’m trying to answer questions and do examples and every 2.5 seconds they’re like, “I got it, I know how, come look at my answer, tell me I’m awesome.” That last one is an exaggeration. In my repulsed-by-neediness brain that’s what I hear. And it triggered the most sarcastic response. I started clapping and saying “Omg, good job, are you happy, you did it, you want a cookie?” VERY loudly. There may have been tears. This was back when my self-awareness wasn’t so keen and it took a week for me to understand what I did wrong. The family approached me and because they knew my track record they extended grace and understood I was having an off day. I apologized that next day. We hugged, I’m a hugger. I said I was wrong and asked for forgiveness (major key).

Have you ever had a weak moment in the classroom? A moment you wish you could erase? Maybe don’t share it here but know there’s grace out there. Receive it. 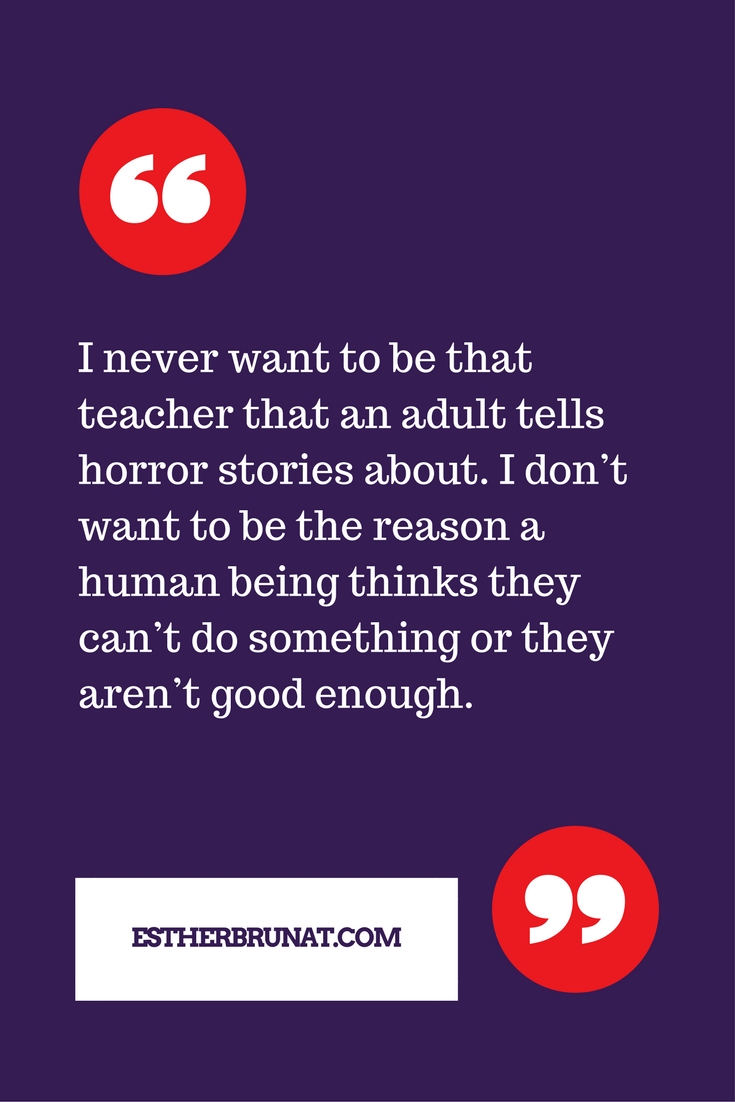 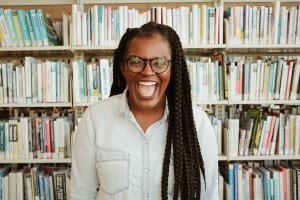